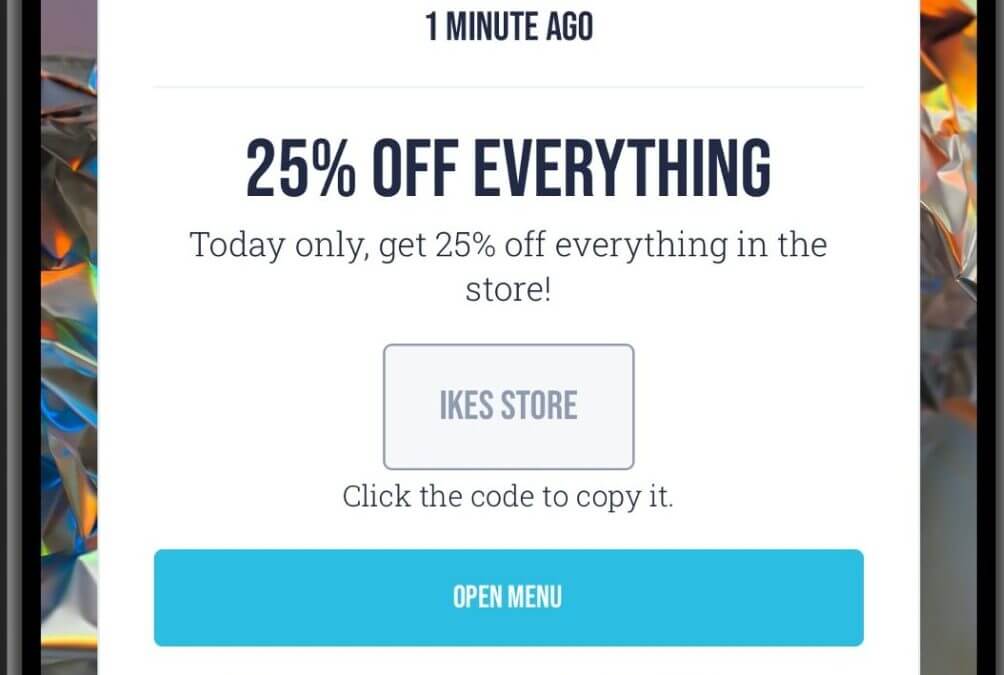 Innovation is only accelerating in the cannabis technology field and true experts are starting to emerge. Don’t forget the concept that 10,000 hours is the baseline for what makes an expert in a field of study. That’s four-plus years of work, and that’s what I’m now seeing in the cannabis technology field: the emergence of true experts. I recently got a first look at the solutions from the team at Purple Fog Enterprises, based in Bellevue, Washington, and talked with co-founders Craig Owenby and Ted Hatcher about their portfolio of products. “We are building a company that will use technology to drive innovation and better solutions across the cannabis industry,” Hatcher says.

Innovation
Owenby calls Purple Fog a technology company focused on cannabis. “The cannabis industry is rife for innovation,” he says, “in part because it’s an entrepreneurial opportunity with the big ISVs like Microsoft, IBM, Google and Amazon sitting on the sidelines with the Schedule I status at the federal level. This has created a unique space for companies like ours and others to come in and innovate and build something from the ground up.  ”Purple Fog’s development paradigm is to work collaboratively with its customers (primarily cannabis dispensaries) and solve problems, not dictate what a solution should be.   “At a lot of places, they build a product, and then they try to sell it to people,” he says. “But we build a product with people, so that they want it. And I think that’s really what makes what we do stand out because we understand that coming to someone with a solution is not fixing their exact problem.”

Marketing
Purple Fog has teamed up with one of Seattle’s largest and best-known cannabis retailers, Uncle Ike’s, to create a technology solution that allows the company to better communicate with its customers. To be successful and drive sales, Uncle Ike’s needed to be able to target its best repeat customers, because it’s always cheaper to sell to a current customer than acquire a new customer — that is a basic customer acquisition cost model.  There are a lot of restrictions around cannabis advertising, so you can’t approach it like you would with other types of consumer brands. Dispensary owners also must deal with the rules of multiple government bodies. They must comply with rules imposed by the Federal Communications Commission, including the Telephone Consumer Protection Act and the CAN-SPAM Act. If you get caught breaking any of these rules, you could be looking at fines in the range of $500 to $1,500 per message. Many dispensaries have broken these rules and, for example, signed customers up to a text-messaging list without their consent, leading to heavy fines levied against them.  For a long time, dispensaries have tried to work around these rules to communicate via text messaging, which is not nearly as feasible or easy to use as it has been in the past. With texting, you can’t reference anything cannabis-related. The text messaging will get blocked because it runs afoul of federal regulations against promoting the sale of illegal drugs.   As a result of all the restrictions, many dispensaries still rely heavily on email communications to reach their customers. If this were 20 years ago, they would probably have a pretty good response rate. But as you well know, most people do not really respond to marketing emails. They just delete them, or they unsubscribe. “I get probably 75 junk emails a day, and unless it’s something very specific that I’m looking for, I don’t open it,” Owenby says. “It gets deleted.  ”Purple Fog started using federally mandated rules as guidelines to help create a solution for a better marketing platform. The solution needed to be able to abide by current laws and regulations, communicate with loyalty program members, communicate deals and sales — and do all of this via customers’ smart phones.  It turned out the company was developing this platform at just the right time. In July, Apple changed its rules to allow cannabis apps and in-app ordering through the App Store.
“This change has allowed us to do more than we previously could with the development of the solution for Uncle Ike’s,” Owenby says. “We’re now helping them bring their communications directly to their consumers’ phones in a way that does not require them to have special code words, or you must click a link somewhere.  ”The solution also had to be able to handle scale, as many cannabis retailers have databases with 10,000 to 60,000 customers. “The magic sauce with our solution is that we facilitate customer communications without running afoul of the FCC’s CAN-SPAM Act,” he says. “We created an app for the Uncle lke’s chain of dispensaries that’s on both the iOS and Android app platforms, that lets them communicate more directly with their customers in a compliant way.”  Purple Fog’s marketing platform goes through the internet, not through text messaging, and avoids breaking government-imposed rules. By using the mobile app, the user verifies their age and gives consent to be marketed to at the time of download, Owenby says.

Excited about the Future
Looking forward, the team at Purple Fog is tremendously excited about the future of the cannabis consumer market.  With the acceleration of states legalizing cannabis for recreational use, along with future international markets considering legalization, including Western Europe and Australia/New Zealand, “this is going to be a $100 billion market faster than we think,” Hatcher says.  “Most of us have never witnessed a new industry form and your kid’s kids will never know what the black market was like.”

Harry Brelsford is the founder of SMB Nation (www.smbnation.com) from Bainbridge Island, Wash. He is a long-time SMB channel partner who has served customers and mentored other partners (SMB Nation has over 49,000 members who are Managed Services Providers (MSPs) and SMB technology consultants). He oversees the popular SMB Nation workflow including content and events (webinars, workshops and multi-day conferences).

He holds an MBA in Project Management from the University of Denver (and numerous certifications such as MCSE, MCT, CNE, et al) and is the author of 21 books on technology and business topics. His 20 years of SMB technology experience were supplemented by teaching 12+ years at night as an adjunct professor at Seattle Pacific University and other higher-learning institutions. He served as the Dean in the Graduate School of Technology at Aspen University (where he was awarded a PhD in Letters).

Harry is an in-demand speaker at industry events. Harry’s recent books include the “How to Be an MSP” and he has published over 400-articles in business (Washington CEO, Colorado Business, Alaska Business Monthly) and technology magazine (ChannelPro, Microsoft Certified Professional magazine, etc.). An active entrepreneur, Harry is the force behind the Pocket MBA, Telephonation, Cloud Nation and XPmigrations.com. His latest startup is 420MSP.

A highly skilled Network Engineer and outsourced IT Director with notable expertise developing and deploying innovative technical solutions to support an extensive client-base in both freelance and consultative engagements.

Ruben is a seasoned web developer with expertise in responsive WordPress web development, Graphic Design and Branding. His  focus is on developing long lasting relationships with clients that have a strong work ethic and allow him to take the reigns on the creative side of any project.

A number of years ago, I read “Zen and the Art of Motorcycle Maintenance”. It had an enormous impact on who I constituted myself to be with respect to doing everything that I do, well. The concept of QUALITY presented there became my fixation and passion.

I bring this commitment to QUALITY to the work we do at Stratocent Technologies. In IT, there are many ways to cut corners or do things on the cheap. However, while it may not seem like such a big deal to cut corners in IT, when disaster strikes, or you have to be able to access critical data on the fly, or your business stops because you can’t figure out how to get to your email, doing IT with a focus on QUALITY is not only important, it’s critical.

We play hard at Stratocent. IT can be a lot of fun, there’s always new toys being offered in the marketplace, new gadgets, new ways to get things done. Our commitment to quality keeps us away from flash in the pan products of the week, and keeps our focus on what’s important – your data and your ability to get to it easily at any time from any place, while keeping it safe from people you don’t want to see it.

Entrepreneur – Technologist – Creative Thought Provoker – World’s Coolest Dad My passion is technology, my drive is innovation, and my life is guided by the universe.

Dana Epp is a serial entrepreneur founding several security-based software technology companies that he has taken public or sold through acquisition. He has a passion for the startup growth mindset and believes that there aren’t challenges in every opportunity, but opportunities in every challenge. Everything is impossible until someone does it.

Dana has been awarded the distinction by Microsoft as an Enterprise Security MVP for over 14 years and has been a Microsoft Regional Director for 4 years, focusing on the convergence of writing and deploying secure software. He is an Azure Advisor for Microsoft offering suggestions, guidance and recommendations to Microsoft’s Azure strategy around technologies like cloud identity and security, containerization and serverless computing.

Host of BizTech Talk The South Puget Sound’s Top Rated Radio Program on KLAY 1180 AM Featuring Conversations with local, regional and national business and technology leaders on how to move and improve their businesses.

Jenny has more than 13 years of experience in various operational and event roles, primarily in the technology field. She joined SMB Nation in 2007 in charge of all worldwide event logistics, conference development, contracts, and conference communications. Through the years, Jenny has worked in various roles at SMB Nation with her current role as president.

Prior to joining SMB Nation, Jenny worked at Microsoft in the conference center as an event manager. Her extensive work experience of event management coupled with her analytical abilities has enabled her to seamlessly plan events from large corporate meeting, product launches and tradeshows to fun team-building activities.

After spending as much time as she can with her family and friends, Jenny can be found enjoying the outdoors.